A child receives one of two ABO genes from each of their biological parents. The genes for the A and B blood groups are co-dominant, while the gene for the O blood group is recessive. This means that in order to have group O blood you need to inherit an O gene from both of your biological parents. If you have group A blood, you would have received A genes from both your parents, or an A gene and an O gene from each (the same concept would apply for group B blood expression). A person with an AB blood group would have received an A gene and a B gene from each of their parents, which are co-dominantly expressed. There are rare cases where a child inherits a recessive gene, so blood group information is not a reliable method to determine your parentage.

The table below explains the parent-child blood group possibilities: 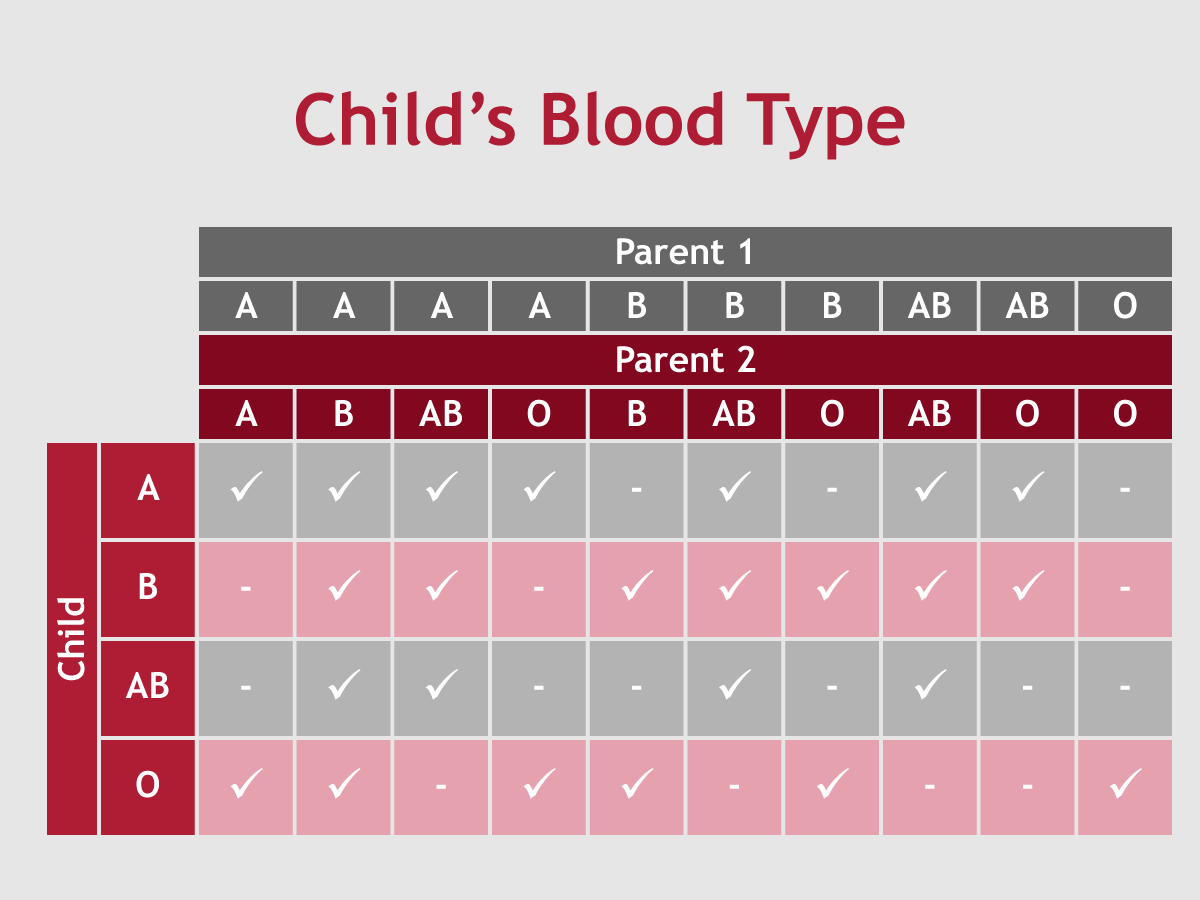 A New Beginning with Vitanova

The Blood that Binds us – Mr Reid and the WCBS

What is the Difference Between Haemoglobin, Iron and Ferritin Testing in Blood Donors?

Get Iron-spired for Blood Donation