On 1 March 2021, we launched our Blood Group Championship campaign. The aim was twofold – recruit lots of new blood donors and find out what the representation of the various blood types are in new donors. Our target was to recruit 1000 new blood donors in the month.

We wanted to get people interested in their blood group; many people don’t know theirs, and donating blood is a great way to find out. As always, we encouraged our existing blood donors to get their families and loved ones to join them in donating blood!

There are 4 main blood groups, which consist of A, B, O and AB. Each blood group can be either RhD positive or RhD negative (rhesus factor), which means in total there are 8 blood groups. We need donors from all blood groups to donate blood, but the O group is often particularly high in demand due to the compatibility and usage as it is the universal blood group.

Throughout March, we campaigned with direct messages to donors via our social media pages and included the campaign message in the digital and physical branding used at our clinic sites. We had a very positive (pun intended) response from new donors and I am very pleased to say that we exceeded our target with 1,085 new donors by the close of business on 31 March.

We’d like to say a big thank you to all our new donors, and our regular donors who encouraged friends and family to come and donate for the first time.

The final blood group championship rankings were as follows: 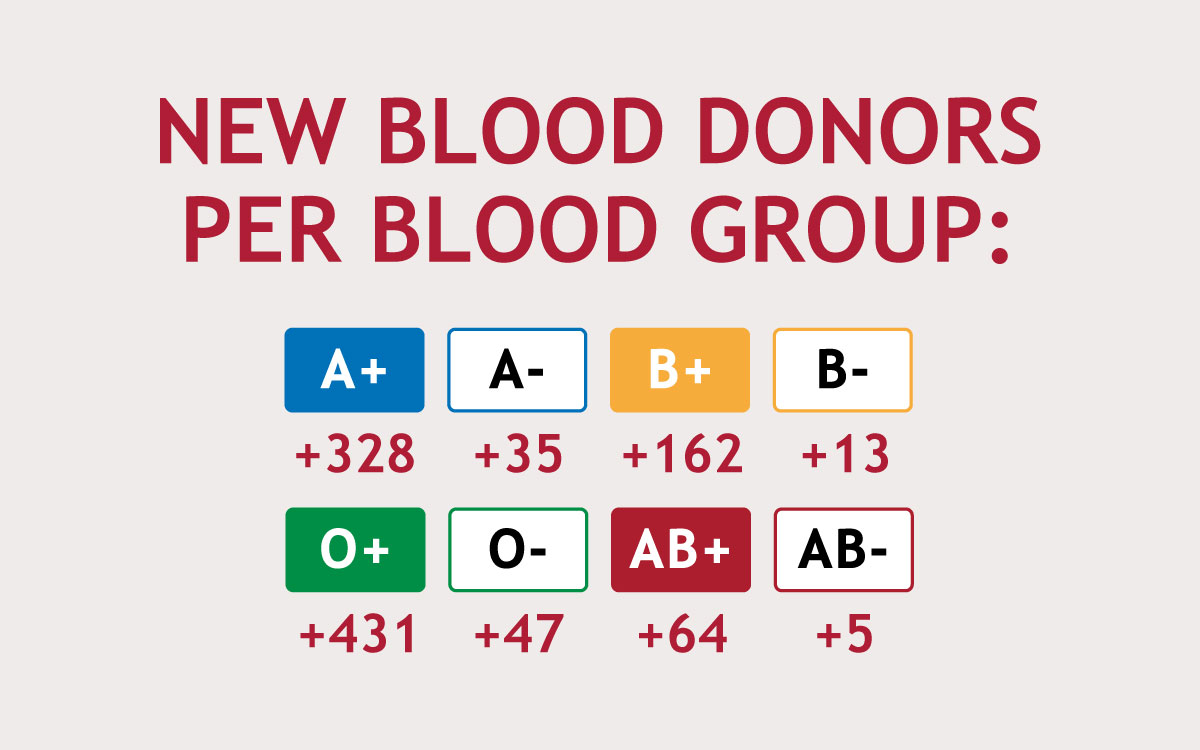 This Winter, We’re the Perfect Pair

The Difference Between a Phlebotomist and a Professional Nurse

Easy Steps to a Healthier You

Thank You For Sharing Your Hearts